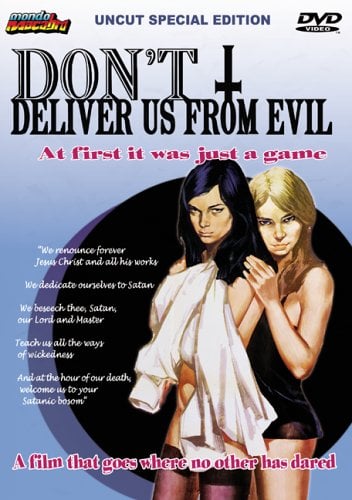 DON'T DELIVER US FROM EVIL

Two young convent girls become friends and decide to spend the summer together. However, their innocent bicycle rides and walks in the country soon develop a much more sinister side.

Influenced by their reading of forbidden books, they decide to explore the world of perversion and cruelty. They find a victim and use their innocent exterior to seduce and destroy him. Once they have stepped over the line, they find it impossible to stop. And soon they are contemplating the ultimate evil act.

Hugely controversial, the film was banned for blasphemy and has never been released in the US before. It's a film that should be viewed only by those with very open minds.