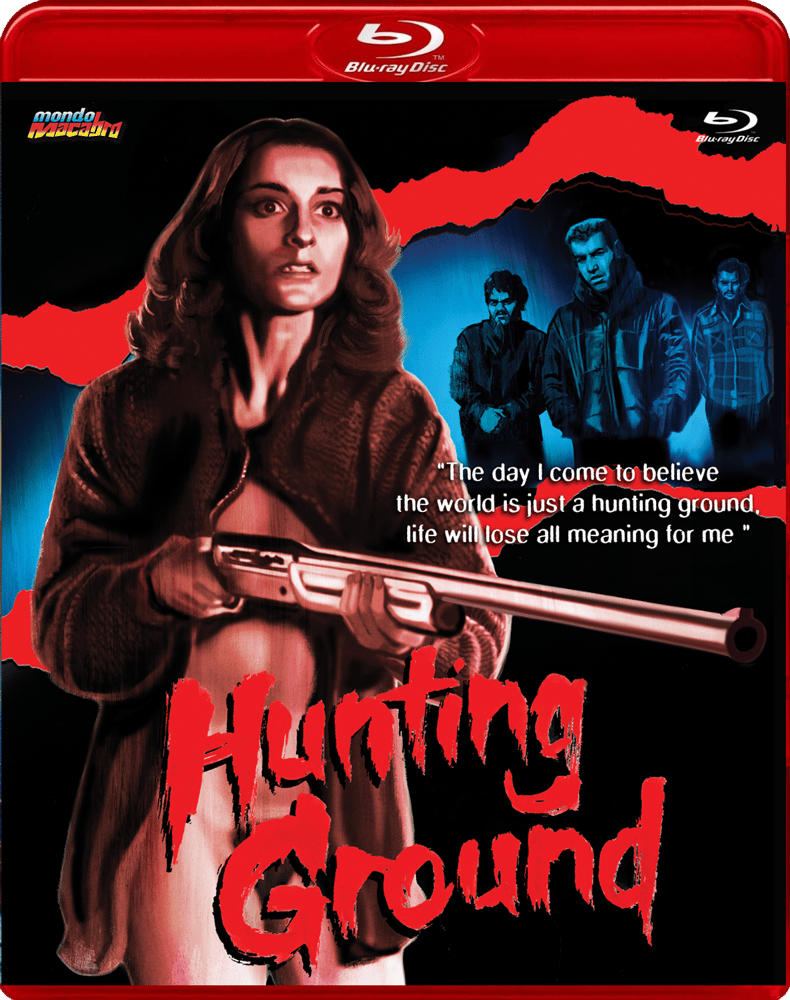 Limit one copy per customer unless otherwise cleared by us through email. Those who do not clear it will have their extra copies cancelled.

PLEASE NOTE that any item purchased along with this pre-order will not ship until all items are available. SORRY WE CANNOT COMBINE PRE-ORDERS WITH ANOTHER ORDER.

Adele, a female lawyer, played brilliantly by Assumpta Serna, passionately defends criminals, believing that everyone deserves a second chance and that criminality is more often than not bred by deprivation. In the courtroom a pair of local hoods see her in action and decide to follow her. They steal her car, find the keys to her country villa and decide to rob the place. Unfortunately Adele's family turn up at the villa mid-robbery, and her husband is killed. But that is only the beginning of the nightmare …

Directed by Jorge Grau, who made the horror classics BLOOD CEREMONY and LET SLEEPING CORPSES LIE, HUNTING GROUND is an intense, gripping crime story that takes a savagely realistic look at the social divide between the rich and the poor in the big city. The climax of the film is unrelenting in its depiction of sexual violence and revenge and includes one of the most shocking sequences ever seen in a mainstream film.

Mondo Macabro is proud to present this underseen Eurotrash classic in its first ever English friendly home video release and for the first time ever in HD.