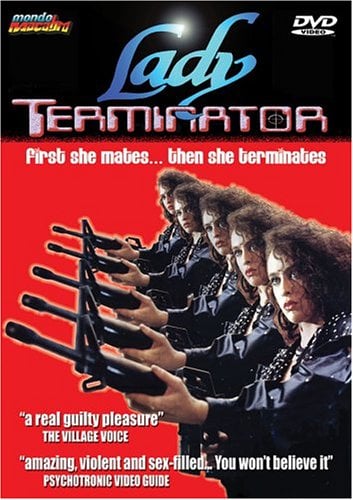 Get ready for a wild ride! A sexually rapacious Asian goddess known as the "Queen of the South Sea” possesses the body of a young female skin diver. Armed with an AK47 and an endless supply of bullets, this murderous Lady Terminator takes to the streets on a revenge filled rampage...

It’s like Kill Bill - but with oodles of sex. This combination of Asian black magic and western-style shoot 'em up is one of the key cult movies of the 80's. Even the jaded patrons of 42nd street were shocked to see how the lustful Lady T dispatched her victims...!

Previously released in a cut, full screen version, this DVD restores the film to its original length and is presented here in widescreen for the first time.