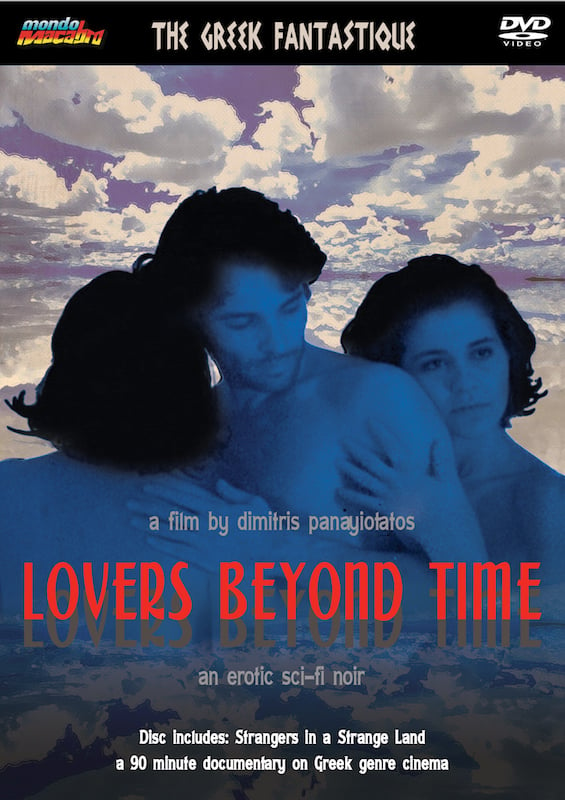 Sylvia and Angelos have an intense relationship. Too intense for Sylvia, who breaks it off. Three years later, with Angelos dead, Sylvia lives with a doctor and works for a record company. Her new life is suddenly invaded by a succession of bizarre events: strange deaths occur around her and she experiences a series of involuntary orgasms, as though a man she can feel but not see is making love to her – in the street, at work, in her car. All of this seems connected in some way with a mysterious musician she is trying to track down, a man who constantly evades her; until one night her phone rings….

STRANGERS IN A STRANGE LAND – 2009; documentary, 90 minutes
This ground-breaking and important documentary reveals the hitherto untold story of Greek genre cinema over the last 50 years, dealing with Film Noir, Thrillers, Fantasy films and Sci-Fi. It includes a wealth of interviews with directors, writers and critics and clips from more than 50 films. Very little of the information included here has been available before outside Greece and it will be essential viewing to anyone interested in the wider world of genre cinema.