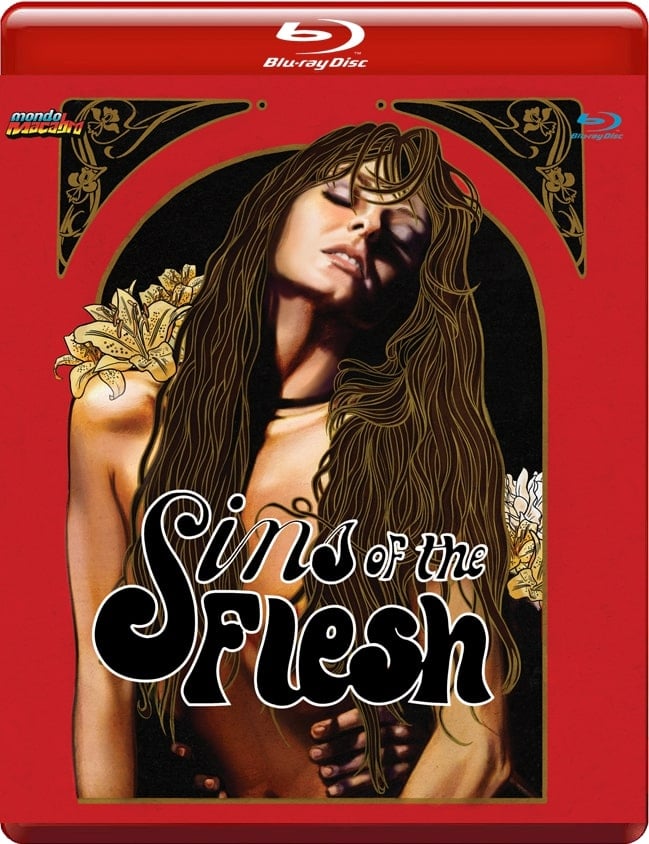 LIMITED TO 1000 NUMBERED COPIES. ONE COPY PER CUSTOMER. If you are an international customer participating in a "group buy" you may purchase more than one but you must clear it with us by email first.

Benoît Landrieux, the idle and depraved son of a rich industrialist has two chance encounters on the same day that will change his life forever: Jean-Pierre, a young tearaway who is trying to steal his car, and Isabelle, 20 years old, whom he saves from being raped by her stepfather.

Benoît is a coward and a voyeur, who gets his kicks from watching other couples make out. He cajoles his two new companions to attempt what he has never dared do: rob the safe in his father’s factory, seduce his stepmother to blackmail her for money and finally go so far as committing murder. Thus begins a wild ride that takes them to the very edge of madness.

Director Claude Mulot made this film under the pseudonym of Frederic Lansac - the name of a character from his previous horror hit The Blood Rose. Sins of the Flesh (French title: Les Charnelles) marks the start of his transition from softcore films to full on hard core which was confirmed by his next release, Pussy Talk - one of the most controversial French films of all time. But Sins of the Flesh also shows Mulot’s background in horror cinema. He presents Benoît as a cunning and complex psychopath, a handsome young man who smiles and wears expensive clothing, while inside lurks a monster.

The film is a compelling and controversial journey into the dark side of the human mind with some riveting sequences that showcase Mulot as one of the most daring and individual French film makers of his age.

Reversible cover with brand new are by Justin Coffee on one side and old school VHS art on the other;
Full color booklet with brand new writing about the film by Pete Tombs;
Set of postcards featuring original ad art