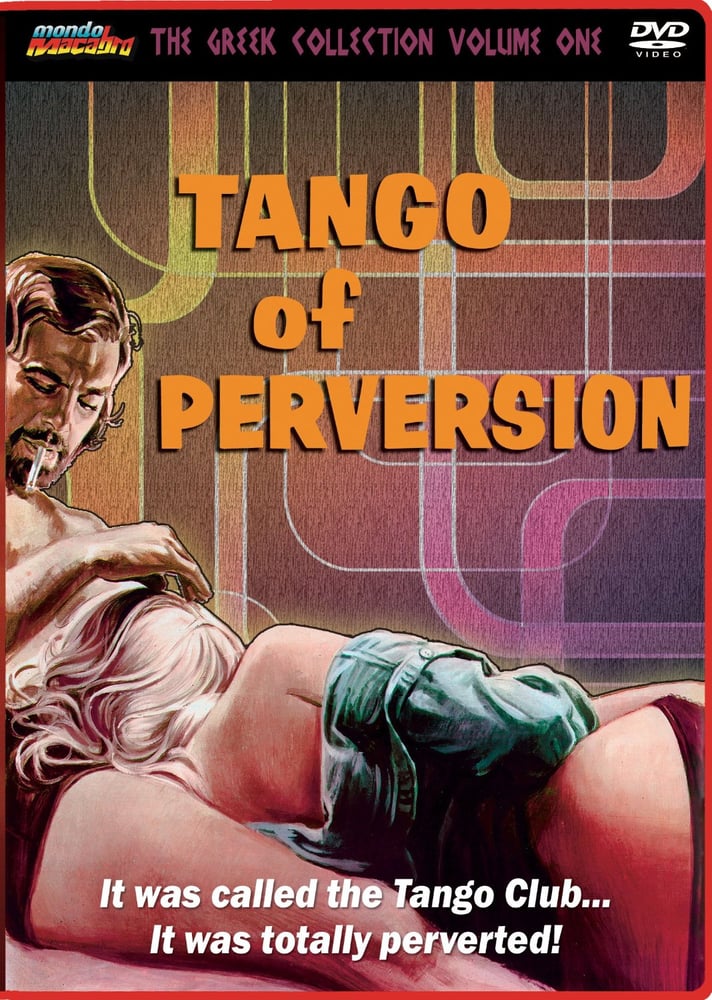 The Tango club is the favorite hangout for a group of swingers who live for nothing but pleasure. Rosita, a beautiful lesbian, seduces Joanna by giving her dope. Stathis, Joanna's sleazy boyfriend catches the two women in bed together and takes his brutal revenge on them, ending in Rosita's death. All this happens in the house of Joachim, a rich playboy who gets his kicks by secretly filming Stathis having sex with girls from the Tango club. Joachim believes he is impotent, until he makes love to Rosita's dead body. After that, things start to get weird...

Sex, drugs, necrophilia, voyeurism and a dose of Greek psychedelia, this film has it all.

One of the legendary exploitation films of the early 1970s now makes its US home video debut in a brand new print, complete and uncut.

TANGO OF PERVERSION is the first in a series of Greek Cult Films to be released by Mondo Macabro.