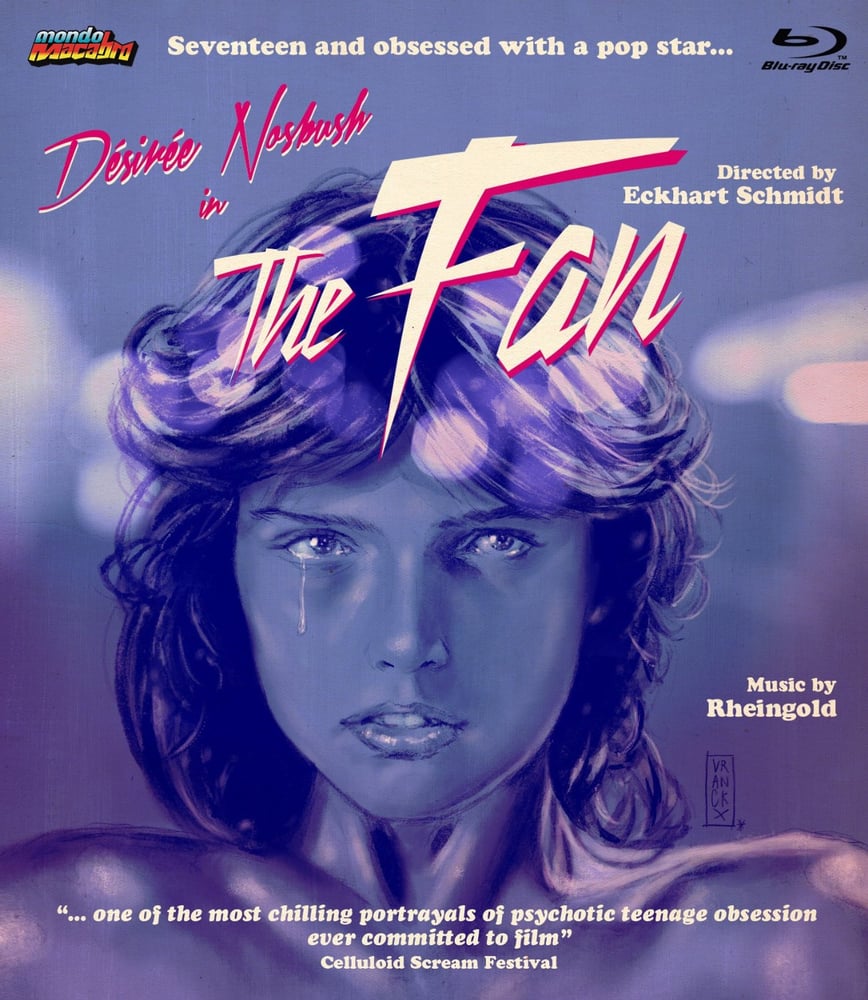 THE FAN
(Der Fan) aka TRANCE

Teenager Simone appears to be like any other young pop fan. But soon her fixation on the band's lead singer "R" takes over her life. She walks out of her school, breaks off from her friends and parents and somehow finds herself waiting for her idol as he appears on a TV show.

Simone wants nothing more than to love and be loved by "R", but he uses her with machine-like coldness. When he walks out on her to join his friends, she plots her revenge. She plans the ultimate sacrifice of her god on the altar of her madness, a ceremony as exalted and romantic as it is horribly wonderful.

The Fan is a shocking and controversial film which has never been previously released in the US. This is the full and uncut original version.