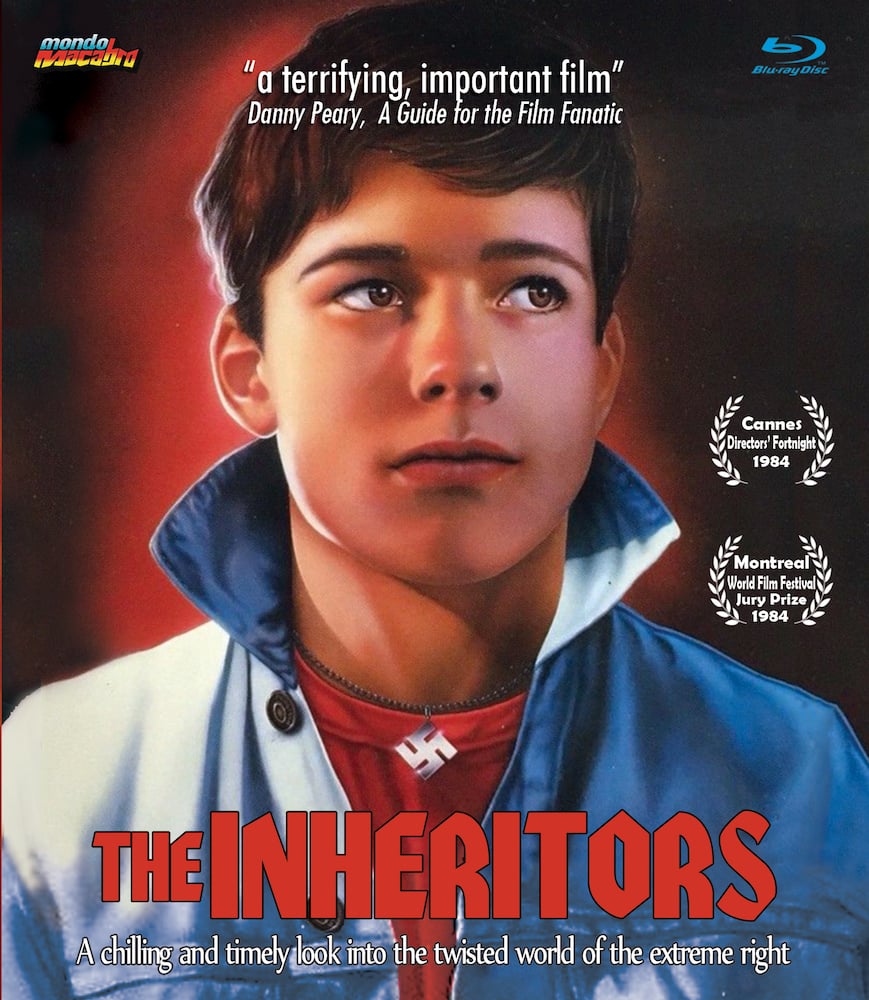 On his way home from school, 16 year old Thomas helps Charly, an unemployed teenager, escape from the police. Despite their differing backgrounds the boys become good friends and Charly persuades Thomas to join a neo-Nazi youth group. Intrigued and confused by his new friends Thomas, who is experiencing trouble at home and school, is drawn deeper into a web of sex and violence that leads to a tragic end.

In 1979, Austrian film director Walter Bannert was among a group of Vienna cafe patrons beaten up by a gang of young neo-Nazis who wrecked the place. Researching the burgeoning movement in West Germany and Austria for 3 years, Bannert infiltrated their private meetings by convincing party leaders that he wanted to make an objective documentary. His film The Inheritors is the result, a disturbing and timely fictional drama based entirely on real characters, events and conversations that Bannert came across in the neo-Nazi camps. The film was highly controversial on its original release and theatres screening it were threatened with violent action by neo-Nazi sympathizers. Although it is now over thirty years old, the film remains incredibly relevant as we witness, across the world, the rebirth of right wing extremism using exactly the same lies and tactics exposed so powerfully in this film.

The Inheritors was not screened in its native country for many years until it was rediscovered at the 2015 Viennale Exhibition where it was praised as a rare and powerful example of Austrian genre cinema with a strong political message.

The film was selected at the 1984 Cannes Film Festival for the prestigious Directors Fortnight section, in the same year it won a jury prize at the Montreal World Film Festival.

**PLEASE NOTE that any item purchased along with a pre-order will not ship until all items are available. SORRY WE CANNOT COMBINE PRE-ORDERS WITH ANOTHER ORDER. **