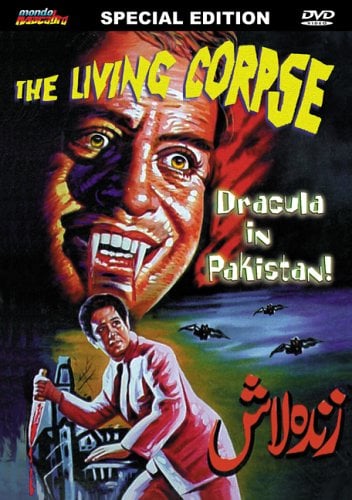 To prove it, here's this amazing version of the Dracula story from 1967. So hot it was banned on its original release.

The only Pakistani film ever to be rated "X" in its country of origin; this sizzling little gem is also the first Dracula film to include the shocking "baby stealing" scene.

This first ever official video release, taken from the only surviving negative, includes a host of exclusive extras.

Zinda Laash - The Living Corpse - is a film so rare that even the most exhaustive studies of vampire films don't mention it. Although the film caused a sensation on its release back in the 1960's, it was banned and all but forgotten...until now!

An absolutely essential purchase for vampire film aficionados...for horror film fans...and for anyone who likes their horror hot and spicy.

A LOST VAMPIRE CLASSIC AND A LANDMARK IN ASIAN HORROR MOVIES