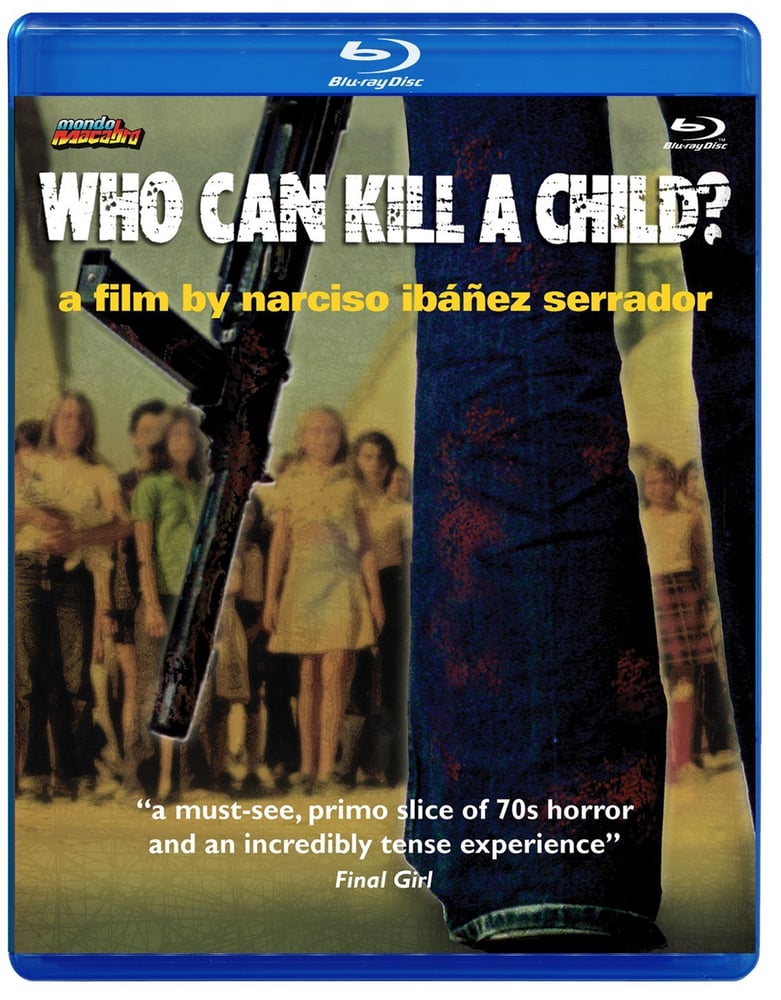 WHO CAN KILL A CHILD - retail edition

An English tourist couple rent a boat to visit the island of Almanzora, just off the southern Spanish coast. When they arrive, they find the island apparently empty of adults. There are only children, who don't speak but only stare at the strangers with eerie smiles on their faces. The couple soon discover that all the island's children have been possessed by a mysterious force, a kind of madness that they pass from one to another, and which makes them attack and murder their elders, who can't defend themselves because, of course, nobody can kill a child ...

The film was highly controversial on its original release in the 1970s, and was heavily cut in most countries. This Blu-ray presents the full version of the film, but also includes the shorter "Island of the Damned" release, which does not include the opening documentary footage. The film influenced many subsequent books and movies including Children of the Corn and was remade in 2012 under the title of Come Out and Play. The version on this Blu-ray is the definitive release of what has come to be recognized as a classic of world horror.

The region-free disc itself will feature:
*Brand new 4K restoration from the original negative
*Two different English language tracks - the Spanish export version and the US 'ISLAND OF THE DAMNED' dub - as well as the Spanish language track with optional English subtitles
*Two options for the opening credits; the longer 'mondo'-style opening of the Spanish/export version and the shorter US 'ISLAND OF THE DAMNED' opening
*Brand new audio commentary by Kat Ellinger and Samm Deighan of the Daughters of Darkness podcast
*Brand new interview with horror historian and critic Kim Newman
*Archival Spanish TV documentary on the film
*Archival interviews with director Narciso Ibanez Serrador and cinematographer Jose Luis Alcaine
*Trailers and radio spots